Maybe the Colorado Rockies were thinking the world WAS going to end on 12/21/12 because their lack of life during the off season.  But now the Rockies are in the OH CRAP the world is still here and we still have NO pitching!  We have seen whole teams move from Florida to Canada, and seen teams like the Dodgers get stacked.  Then you have the "other" teams like Houston, Padres, and the Rockies who don't seem to have much of a pulse.  I can judge a teams recent actions by just going to their team pages, teams like the Dodgers have at least two or three new headlines a day.  The Colorado Rockies tops headlines are Weiss as new manager, which happened two months ago, and the signing of Jeff Francis.  Hitting and fielding the Rockies can put up with runs with just about any other team, but still the pitching lacks depth.  I agree there isn't much out there for pitching but there are two or three free agents that could make for great middle relief.  Then what happens if DeLaRosa doesn't come back strong from two years injured. 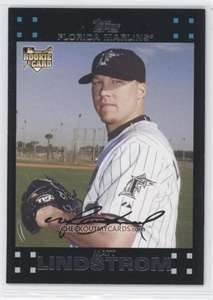 Matt Lindstrom is still left, why not bring him back to Colorado?  He has pitched 326 career innings and only has given up 18 home runs!  That is one home run every 18 innings.  What more do you want from a relief pitcher than to keep the ball in the ballpark and not to walk many.  He has a 2:1 strike out to walk rate.  He pitched for the Rockies in 2011 and pitched in 54 innings and only gave up 3 home runs all year, 2 at Coors.  What more can you ask from a pitcher at Coors field, no free passes and no home runs.

Lindstrom's home record is a little higher due to having a bad series with the L.A. Dodgers in which his ERA was 14.54.  If you look at all the other teams with winning records he pitched near lights out.  He was traded with Jason Hammel to Baltimore and pitched very well.  If he is healthy, I think this would help the middle relief.

Other than that, the rest of the pitchers are old and past their prime.  Hope they can bring Matt back!