My story with Ryan Zimmerman & his FIRST Pro Game!

It was the end of May 2005 I was currently deployed in Baghdad, Iraq with the United States Army for the second time in three years.  I had just got notified I was up for a 14 day Rest and Relaxation back in the United States during my birthday in mid June 2005.  Before I left for Iraq in early 2005 I was approached by a Savannah Sandgnat office member and asked if I could blog my deployment from Iraq on the Sandgnats site.  Savannah was a Single A minor league team for the Washington Nationals in 2005. 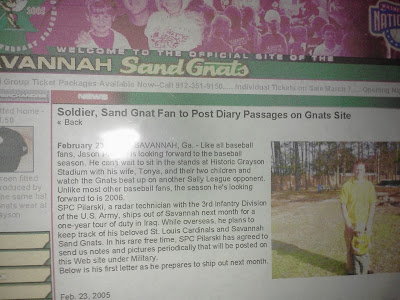 The Sandgnats found out I was coming home that week and wanted me to attend the June 23, 2005 as a military appreciation day.  I found out early on June 23rd that the Washington Nationals first round pick Ryan Zimmerman was going to make his first pro start that night.  I was already going to throw out the first pitch in the game, and then I asked if I could meet Zimmerman.  Not only did I meet Zimmerman in the dugout before the game, I got to take a couple swings with him in batting practice at Grayson Stadium in Savannah.  After batting practice, he then held my daughter Hannah and son Joshua for a few moments and the very first ball he hit professionally in batting practice.   The ball my son is holding in the picture below was the ball he first hit and signed for my son before the gates opened. 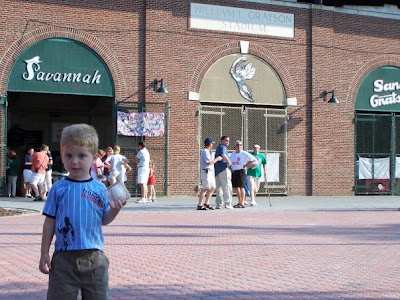 Before I left the dugout, I asked Zimmerman if he could sign my ticket stub (because it was his first pro game, and it had my name on it, and I threw out the first pitch). 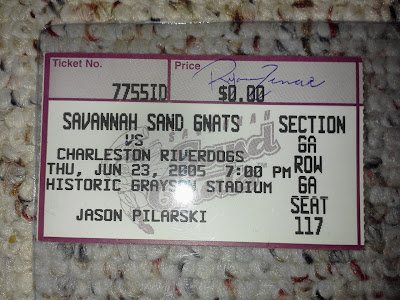 Not only did he sign the ticket he told me it would be an honor to catch the ball on the first pitch of the game.  It was an awesome feeling, just thinking less than a week before I was in battle in Iraq, I got to see my new born baby girl and now I am meeting one of my new favorite players!  His first at bat he struck out, and did go 0-3 in his first pro game.  But I was at the next two games and he ended up hitting the cover off the ball ending with 2 HR in three games in Savannah. 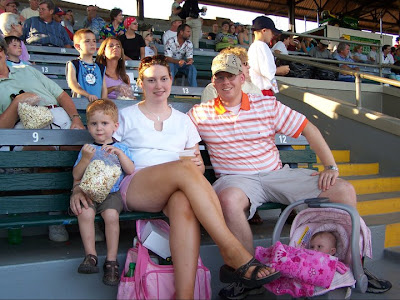 The next day, the Savannah Newspaper wrote an article about me, Iraq, and the Sandgnats.  Today I still follow and collect Ryan Zimmerman, I enjoy watching him making unbelievable play after play at 3B. 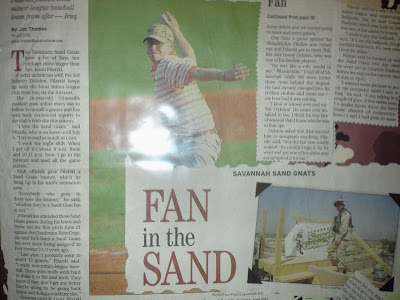 I hope you enjoyed this little unknown about the All-Star Ryan Zimmerman and ONE of the coolest things that I've been a part of in baseball other than being the winning pitcher in a Missouri State Tournament in 1997 (I'm holding the dork holding the trophy), and oh yeah playing Nashville, IL at the old Busch Stadium below in 1995 (also below). That Sandgnat banner that I hung in Iraq is still displayed in my baseball card room today! 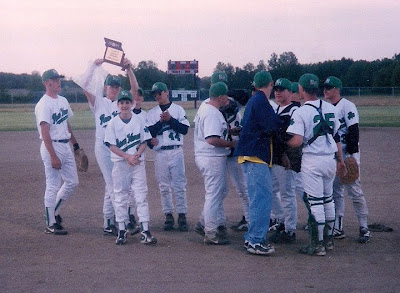 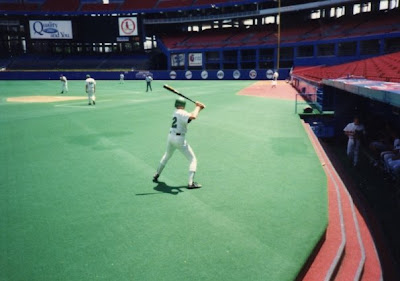 Does anyone else have any neat stories about one of their favorite players, or heck anything personnally that happened in your own personal sports history.  You never know, someone may read our blogs that could be a once minor league player, or major league player...never know!
Posted by Unknown at 9:27 PM