Last weekend I was inventorying my vintage cards, it seemed like every other card had a player named "Dick" on them.  Unless you are talking about a player like R.A. Dickey, that is as close as you may get to saying "Dick" in a baseball game anymore.  I decided to do a little research regarding the name "Dick" and its long history in baseball.  Now I only counted active players, I understand that there are autos and relic cards still made today with the name "Dick", I didn't count them.

In order to be counted, Dick's had to have played in at least one Major League Game, and have at least one baseball card with Dick as their name.  I started counting in the 1940s since baseball cards became more main stream after World War II.  Below I compiled a chart showing the number of "Dick" Major League Players in each decade.  Going off the chart, it seems the 1960s were the decade of the Dick's! 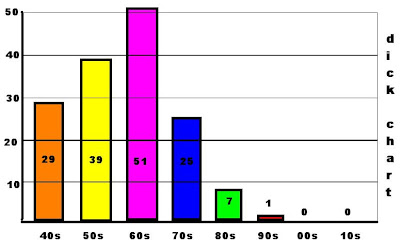 The last Major League player with the name Dick played in 1996, his name was Dick Schofield. 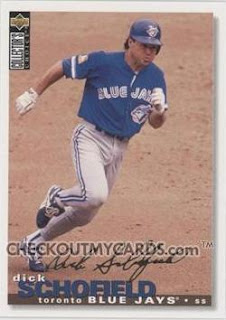 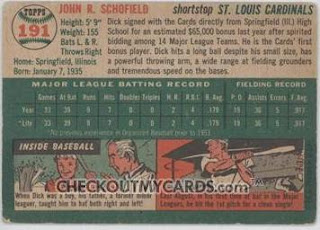 Imagine this scenario:  A team has just got into the locker room after a game and you have dozens of men showering...etc, and someone yells "HEY DICK" and everyone wonders if he is looking at a dick, or just calling a man named dick.  This would be a very odd situation.  Too many dicks in a shower! haha

I hope you had fun learning about baseball cards/players and Dick's.  Now the next time you have a conversation with your wife or co-worker, throw in the "Did you know there were 51 total Dick's who played in the Major Leagues in the 1960s?"  I just told that to my wife and she threw a pen at me, so beware some may not find it as funny as I do!  Hope you enjoyed the learning the history of Dick!