Back in 1989 there were not many bigger rookies with the brightest future than Todd Zeile.  Zeile was a second round pick for the St. Louis Cardinals in the 1986 draft.  He blew through the Cardinals farm systems, and his name was getting more recognized at each level.  By 1989 many baseball news and magazines slated Zeile to be one of the top players for years to come.  He broke into the big leagues in 1989 as a catcher, and played late in the year.  Zeile was pegged to win the NL Rookie of the Year by magazines during spring training in 1990.  But he struggled in his first full season as a Cardinal, hitting .244/15/57.  In 1991 his manager Joe Torre moved him from catching, experimenting him at first before moving him to third base for good.  Zeile had one of his best years as a Cardinal in 1993, hitting .277/17/103, but by 1993 the once top prospects status of being a big time star had faded into being an average player.  In early 1990 his 1989 Upper Deck Update card was priced in Beckett at $11.00, and 1989 Fleer Update card was at $7.00.  In 1993 his rookie cards had dropped in both cards, Upper Deck Update $1.25 and Fleer Update 75 cents.

You would assume a player that moved around to as many teams that he would have won a World Series, but he did not.  He did get into the playoffs four times, 1996 O's, 1998 TEX, 1999 TEX, 2000 METS.  He ended his career with respectable numbers for someone who never even once appeared in an All-Star Game.

Here are a couple cool facts about Todd Zeile.  Zeile became the 41st player to hit a home run in their last professional at bat, and it happened to be the very last home run given up by a Montreal Expos pitcher before becoming the Nationals.  Zeile caught in his final ever game, only Biggio has more time between catching appearances.  Zeile appeared as a pitcher in 2 games, but has a hefty 22.50 ERA.  Zeile stated according to publications after his release from the Yankees in 2003, that he never a part of an organization worse than Yankees. 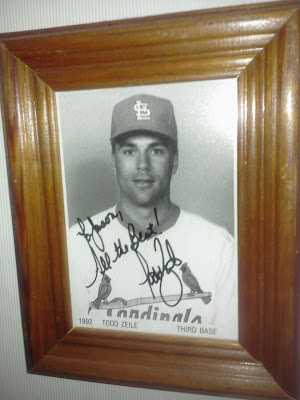 Today Todd Zeile is an actor/producer in some roles/movies/or shows and I bet unless you seen his name in the credits or was a teammate you may not even notice.  He has been in many TV roles, and movie rolls in such titles as:

MOVIES: Dirty Deeds, Zookeeper, and I AM
TV SHOWS: King of Queens

I have actually not seen his movie I AM in which he stared and produced, but it is on Netflix and I will be watching that in the coming week and reviewing it!  So for all of you out there who have Zeile in your common boxes, hopefully we can drum up a little trading and collecting demand.  If anyone has any relic or card autos of Zeile please let me know.  I very rarely find them on Ebay or COMC because he had very few of each.  I leave you with just a few of my hundreds of Todd Zeile cards, maybe a few you never seen or forgot about. 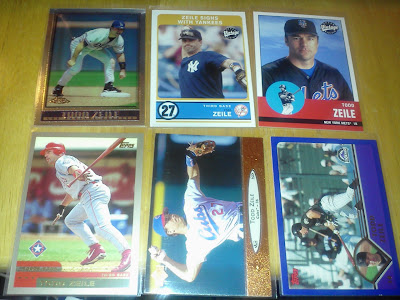 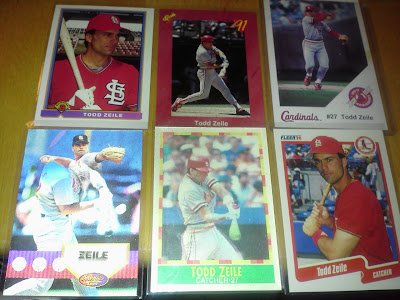 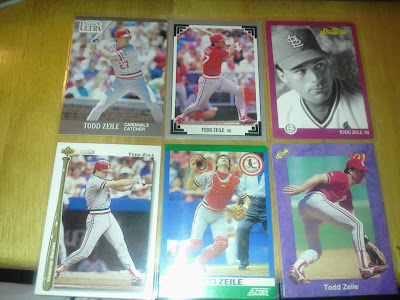 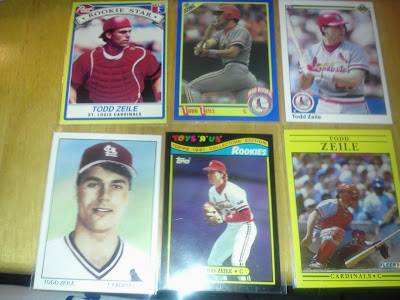 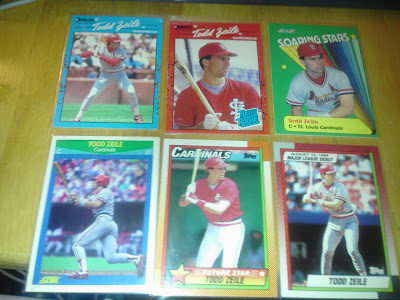 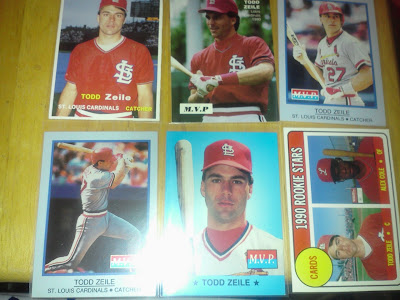 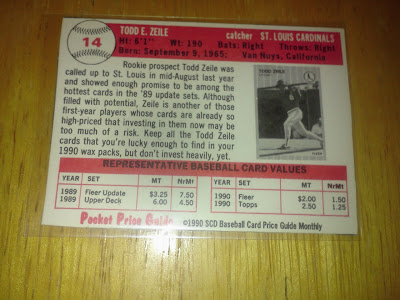