COMC Purchase with an NL WEST and Rockies Flavor

Today I got in the mail my most recent Check Out My Cards purchase.  This purchase I was trying to get not only Rockies, but getting some good NL West flavor players.  Here is my grab! 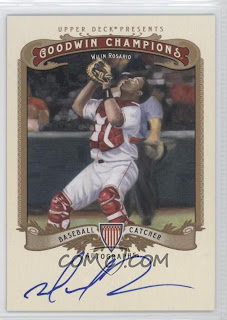 Rockies Flavor: Wilin Rosario became the Rockies all time leader in home runs by a rookie hitting 28 while only playing about 115 games in 2012.  The sky is the limit for Rosario. 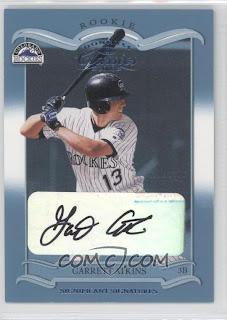 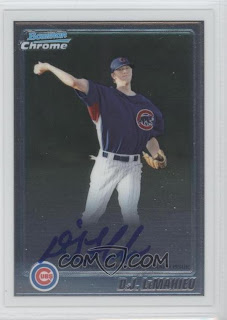 Rockies Flavor: D.J. LeMahieu a second round pick came over in the Tyler Colvin deal from the Cubs.  LeMahieu made a big splash in limited playing time hitting .299 in 229 at bats.  Look for LeMahieu to work hard in spring training to become the Rockies everyday second baseman.  I expect LeMahieu to win the spot and have a good career. 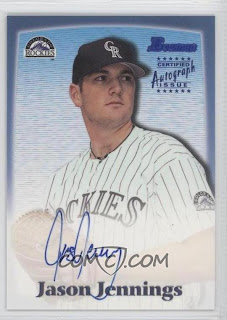 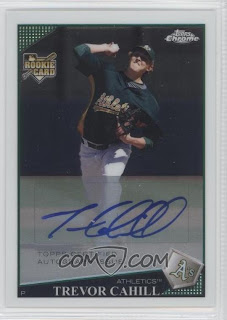 NL West Flavor: Trevor Cahill is now one of the top pitchers in the NL West holding a career record 2009 of 53-74 and an ERA of 3.87.  Cahill should be a dependable pitcher for many more years. 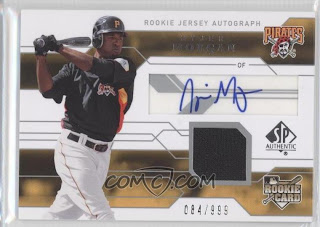 This one actually has an NL Central Flavor:  Nyjer Morgan is a torn in the Cardinals side but is a very good dependable everyday or utility player.  Last year was an off year, but he is still a .280 career hitter. 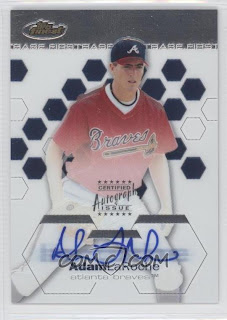 When I seen this card and how much it was going for, it was a no brainier.  LaRoche has had two 100+ RBI seasons and hit 33 home runs last year for Washington.  He is going into Free Agency so could be a huge part of another teams plans. 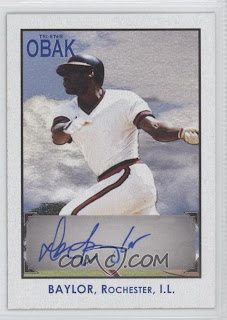 Rockies Flavor:  Other than having a great baseball career, Don Baylor was the first Rockies manager.  He managed the Rockies from 1992-1999 leading them to their first playoff appearance in 1995 and also winning manager of the year with the Rockies in 1995.  He was also a Rockies hitting coach for many years. 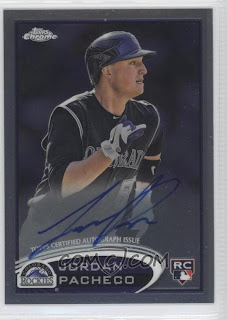 Rockies Flavor:  Pacheco is my pick for the NL Rookie of the Year voting.  Him and Chris Nelson will be fighting for the everyday third base job.  Pacheco may not be a typical Coors Field slugger, but he is a great two hole hitter and can hit for average.  He was 6th in the NL hitting race with an average of .309 in his rookie year. 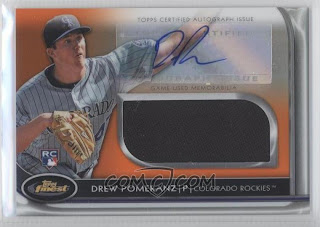 Rockies Flavor: Pomeranz is the 5th overall pick in 2010 but was thrown into the Rockies a year earlier than he should of due to pitching staff injuries.  He struggled the first half of the year, but the second half of the year became a better pitcher.  Don't let the 2-9 record fool you, the Rockies the second half of the year limited starting pitcher to a 75 pitch count making it hard for any starters to get wins.  He did pitch much better towards the end of the year.  I look for a bounce back year, I expect him to have a 10 win 10 lose type of year and I hope the wins will start out numbering the losses. 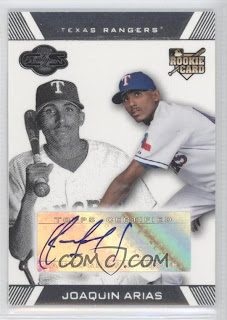 NL West Flavor:  Arias has been quite for a few years in and out of the minors, but he was traded to the Giants and helped them on the way to another World Series win.  Arias hit .375 in limited play in this years playoffs for the Giants.  Could make a great platoon player for many teams in the future. 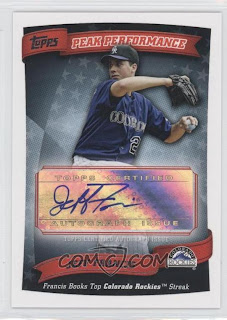 Rockies Flavor:  Francis has a 67-73 record, but had a terrible year with the Royals with a 6-16 record before coming back to help save the Rockies pitching staff in 2012.  He isn't overpowering but he is one of the best all time pitchers for the Rockies, and there isn't many pitching greats for the Rockies. 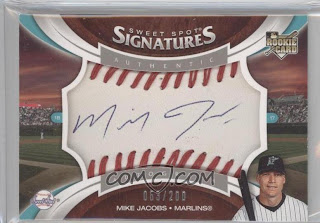 Rockies Flavor: Mike Jacobs was traded to the Rockies in 2011 but never made a call up from Colorado Springs.  In 2011 for the Colorado Springs Jacobs had one of the Sky Sox's best years hitting 23 HR and 97 RBIs.  Jacobs has 100 career MLB home runs. 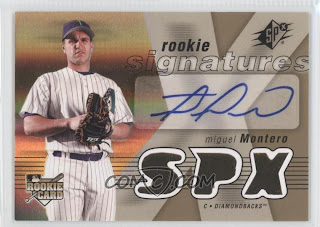 NL West Flavor: Montero has and should be the catcher for many years for the Arizona D-Backs.  Picking up a Montero rookie for cheap is a must! 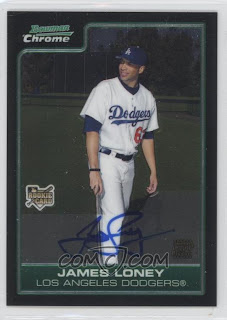 NL West Flavor:  James Loney was always a Rockies killer and had a great career for the Dodgers before falling a bit and being traded to the Red Sox.  I'm hoping he can have a comeback season for the Red Sox next year, only if Boston media and fans don't get to him first like the did to Carl Crawford.

I was able to get all these for a price of two blaster boxes!  I love COMC!!!
Posted by Unknown at 2:00 PM