As a baseball card collector we have frequently seen the same photos used on different cards.  Today I seen something that has eluded me since 1995, two cards from different sets from the same play.  I found by accident two Joe Girardi 1995 Upper Deck cards, #409 Upper Deck and a #448 Upper Deck Collectors Edition.  Below you have two photos of the softest plays at the plate I have ever seen.  Both Girardi and the Cubs player could care less about the ball, but they both are more concerned with something towards first base.  Leads me to wonder, what are they looking at? 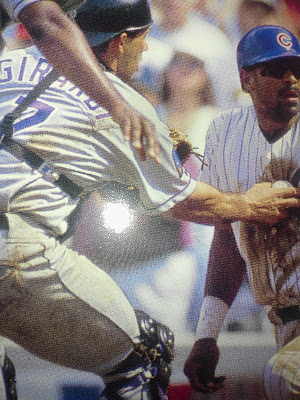 In the first photo before, the Cubs player doesn't seemed to concerned about being safe or out.  When I think of plays at the plate I think of these types of plays: 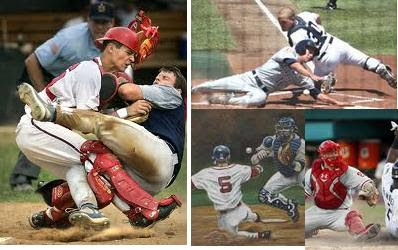 I guess this play at the plate was so inspiring that Upper Deck had to use another image to put on another card. 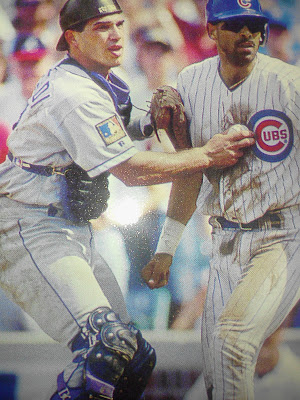 Now lets see these cards as they look in their designs.  The Upper Deck Collectors Choice card has thoughts of the 1973 Topps photos where if it wasn't for the name you wouldn't know what player's card this was.  You have a random backside and arm in the photo that covers up half of Girardi. 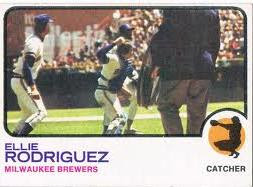 Between the card above and below, bad photos and you may wonder who's card is this? 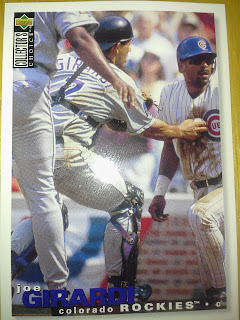 I am guessing Upper Deck realized that the card above's photo was so bad, they had to redeem themselves by making another card from the same play at another angle. 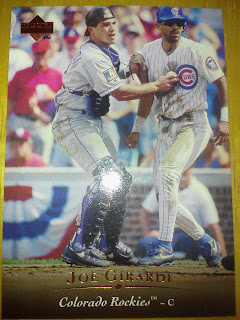 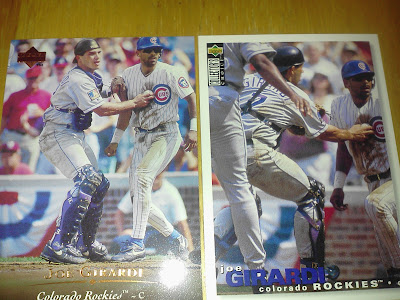 Let the funny comments begin on what these two players were looking at, because it isn't like they were watching for a play at second base, because Girardi had the ball!  Here is my idea of why Girardi and the unknown Cubs player were looking at.