Bowman is once again back to celebrate their 65th Anniversary, though remember they didn't produce cards from 1956-1988 after they were bought out by Topps in 1955.  Topps once again promises us collectors GIMMICKS at every corner.  Bowman since 1989 has been the home of the rookie or prospect cards and again is packed with tons of variations.  With Bowman you never have to worry about getting the same Mickey Mantle Yankees reprint year after year, just a great mix of current players and prospects.  I have not been able to find an actual photo of a base card yet, but below starts the orange variation of the 2013 Bowman cards. 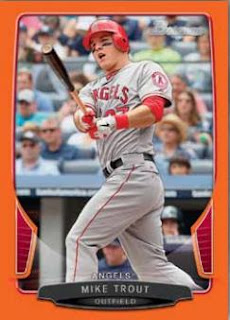 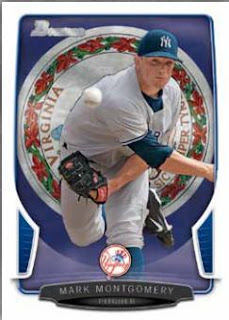 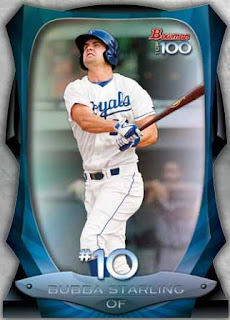 I have really not enjoyed the Bowman base cards for a couple of years, it seems that the only real wow factor comes from the color/chrome variations.  Just looking at the photos of the cards, I really don't like the tininess of the names, and the even smaller team name.  I would of liked to see the name font just a little bigger and instead of a tiny team name a logo somewhere in the bottom corners.

How does this years base stack up to the past two years?


Between these three years, I like the 2012 because I feel the card needs a nice color logo somewhere.  In 2011 I didn't like the dull looking logo mixed into the ugly black boarders.  The 2012 Bowman had good looking team colored boarders, large logo, and easy to read name.  As of right now I don't think 2013 will blow me away, but I do like some of their inserts, autograph, and relic card designs.