Before the year turns to 2013 I wanted to get one last COMC purchase because of free shipping.  One of the best things that happened was COMC going to a flat shipping rate and not adding handling per card you purchase.  Sometimes I would only get about $10 worth of cards but would spend near $9 in shipping and handling.  Now it makes it so much easier to get more cards at better rates!  There was one card that I really needed, a Josh Rutledge autograph.  Rutledge had a great season after getting called up from Tulsa (AA) and it is reported that he is the starting second baseman next year.

First up, I wanted to add an autograph of Eric Young, one of the all time Rockies favorite, and the very first Rockie to hit a home run.
Getting a Josh Rutledge autograph was my top priority of this purchase.  I was able to get a 2012 Bowman Chrome Prospects Autograph.  Hope he has an awesome 2013! 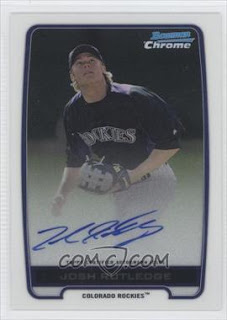 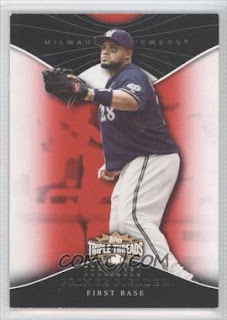 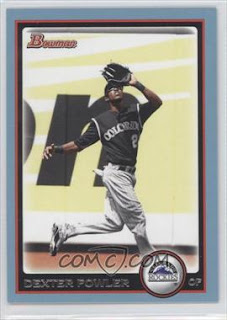 Neifi Perez had his best years while being a Colorado Rockie, he was a starter for the Rockies 5 of his 6 years there. This was a card I wasn't planning on getting, but when I seen this minor league autograph card and the price it was a no brain buy.  Vernon Wells is an all-star player and has been a top tier player since 2002. 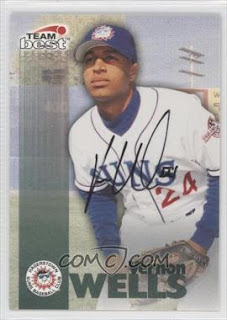 This is one of those general Colorado Rockies autograph purchases.  What makes this player, Jeff Winchester, great is he is featured on Matt Holliday's Topps Rookie Card. 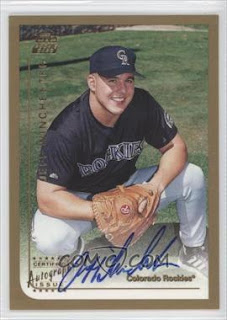 I had to add a Josh Rutledge Minor League card to my collection. 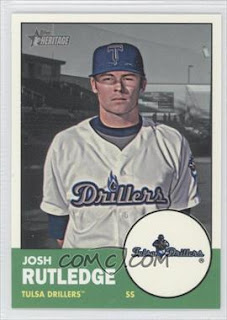 I have been on a Ben Petrick collecting kick since watching the ESPN movie about him and coming down with Parkinson's. 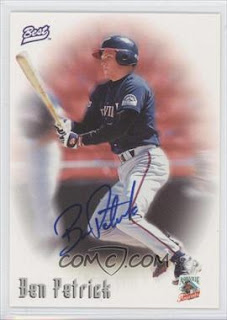 As a Cardinal fan too, Jeff Suppan was one of the top pitchers on the Cards roster in the 2000s.  He has his best years as a Cardinal 47-32 and played a big part in the 2004 NL Championship and 2006 World Series Cardinals teams. 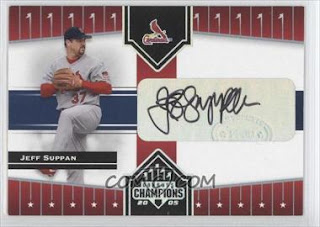 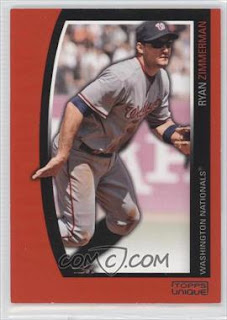 This is one of those general Colorado Rockies autograph purchases. I have several Derrick Gibson autos so this will be a nice addition to those. 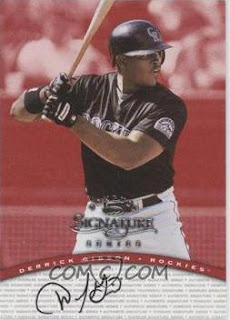